The Principle of Balance 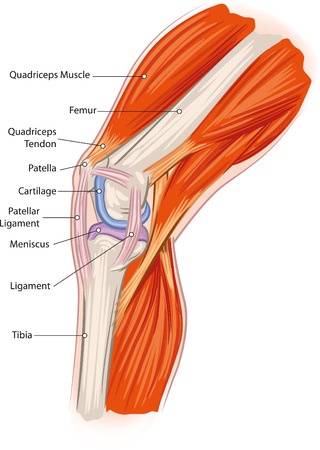 Pete  thinks he is about to have  patellofemoral pain syndrome. Not the high fidelity version but the one that whispers “Ooops, it happened”. It is  about to rear its ugly head. Pete wants to do something to stop it from getting worse.

Pete is my friend so I am the one he approached about it. The first thing I said to him?  Don’t dread it. Be challenged by it.

PFPS is  knee pain  that is elicited during the first ~0-30 degrees of knee bending. Pain is mostly felt at the front of knee cap [can be felt on sides too]. Of course it can mimic other knee conditions such as chondromalacia patella(involving cartilage), osteoarthritis, baker’s cyst, meniscal tears,  quad strains, patellar ligaments sprain. To suspect  PFPS, first find its cause.

Before I go there, let me  invoke  some esoteric principle  as to the root cause of most injuries: imbalance. And I am not talking about unsteadiness when standing on one foot here. I am talking of the all-encompassing imbalance our bodies get subjected to before the point of failure. If there is extra phlegm for example, the body balances it out through coughing. If there is too much bad microbes in the stomach, the body expels them through diarrhea. If there is an injury, or infection, the body switches into inflammatory response, swelling, redness, pain, spasms, this is in fact the body’s way of isolating the injury while protecting the rest of the body. Imagine humans without inflammatory response - we will keep on injuring and destroying all our body  systems without knowing it.

Imbalance in PFPS results from many factors. Overstressing, increased outside pull of the kneecap due to weakness of the inner part of thigh muscle, weakness of hip muscles, abnormal angulation of the knee in relation to the hip (called Q angle), weakness of calf muscles. The  weakness on one muscle is compensated by its opposite muscle. If you have weak quads, the hamstrings will pull more thus messing up the knee[or hip] joint. If you have weak inner thigh muscles (VMO), the outer thigh muscles and the iliotibial band will pull more thus messing the kneecap(patella), if your hip muscles are weak, the muscle of the core and back and knee will compensate messing up the joints they are attached to. And this goes on and on and on. It’s the principle of balance.

That is precisely what happens in PFPS. PFPS results from imbalance in the strength of muscles that dynamically mobilize the knee cap during sports and exercises (most notably running). This is the case with my friend Pete. Pete’s problem is what ails most runners: the tendency to do more if everything feels right. Pete usually runs 20 miles per week and then one day, because the Florida weather was good and the roads looked beautiful and he felt inspired by some running article he read, he bumped up his weekly mileage to more than 40. Fifteen of those in a long run that lasted more than two and a half hours. Still feeling good, he followed that up with intervals the day after.

I may call it stupid but c’mon, we all get stupid  sometimes. I reminded Pete again, Don’t be intimidated by this  injury, (whether potential or real), but be challenged by it. The first rule of the game is determine the extent of injury. In the case of Pete, it was very minor since it did not affect his daily routine. He can walk, climb stairs, exercise using bike and ellipticals. The only thing he cannot do is, obviously, running. If the case is different, for example it is a full blown sprain or strain involving soft tissues, then Pete will go through the normal phases of healing:

Inflammatory Phase that lasts up to 72 hours after the injury

Pete of course will not take that much time to heal. The current management of soft tissue injuries have progressed since days of old. Remember the old PRICE approach:

Professionals lately have added additional approaches to PRICE so it was modified to SPRICEMMM. Quite long eh?

So there! Most of these are self explanatory unless you have been hiding under a rock in the last 2 decades. The thing is, the management of injuries have improved so much that instead of complete immobilization, the patient is allowed activities/mobility given the appropriate support and protection. The trouble with complete immobilization (we are talking of soft tissue injuries here ONLY) is its impact on the soft tissues and joints. Immobility reduces their elasticity, they atrophy /shrink and the involved joints get their synovial fluids frozen leading to tightness and contractures. Different professionals dealing with soft tissue  injuries have, through the years of research and experience, accumulated vast knowledge of maintaining motion while protecting and supporting an injury. They employ bandaging, bracing, splinting, taping, ‘correct’ kinesiology techniques, edema management, use of assistive devices such as crutches and walkers and wheelchairs etcetera just to make sure the injured person isn’t confined to staring at the ceiling(or watching tv or surfing the net) during his healing process. The added triple Ms refer to modalities (ultrasound, electrical stimulation, soft tissue manipulation, manual therapy, ice, graded progression exercises, home instructions), movement (refer to previous) and medical reference which are pretty much covered under the guidance of professionals such as Physical Therapist, Chiropractor, Sports Medicine Specialist, Athletic trainer, some seasoned coaches, and of course, a medical Doctor.

Well, Pete need not have all these professionals manage his very minor injury because it does not affect his normal day to day functions (except  running). In other words, he can do everything except running. His problem is this: he loves running so much his happiness rely 50 percent on it. I know he is kind’a sick in a way that way but I kept my mouth shut. There is actually a protocol for doing no harm to injury(during the first 72 hours)  which, surprisingly, is represented by HARM:

H- Heat. Please apply  no form of heat on the injury since heat will just open up your blood vessels and propel the flow of blood increasing swelling to the site of injury.

R- Running. Or any other form of activities/sports. This is what I had to emphasize to Pete. Do not  do any heavy intervals after a very very very long run (especially if ‘something’ is bothering you) no matter how good you feel. Which he did anyway.

M-Massage. Sorry guys, massage during the first 72 hours  will only promote swelling. It will be  ok eventually but not at this time.

Is there anything in this world that can be substituted for running without running?

Heck of course. After the inflammatory phase is over, Pete should be eased into graduated activities. Which he did.

His normalization (rehabilitation) was much quicker and easier due to his very minor injury. Soon enough, he was doing VMOs, quads, hams, gastrocs stretching and strengthening followed by closed kinetic chain exercises, squats and his favorites - cycling and ellipticals. Soon, after 4 days, he was  doing short stride jogs on grass, very slow and short in distance, stopping the moment the pain is reproduced. Walking eased the pain.

At the end of his last session, he had this big smile on his face. He never realized that ellipticals and bike can get tougher than running if you push hard enough on them. Now he was eyeing the bike and elliptical like seeing  a beautiful woman for the first time.

Ok, ok. I shook his hand and shook it tightly saying, ‘Listen nugget head, stop being stupid and learn to slow down. You are 55 years old’. He smiled as he shuffled away from me.

Remember this: obsession with anything and anybody is the root of all evil.

Ok my friends, it is that time of the year again. Time to renew my PT license here in Florida and to do that, I needed to accumulate a minimum of 24 hours of continuing education, which I am glad to say, I have completed. For the last couple of weeks I was immersed in everything from the latest management of injuries, joint replacements, kinesio taping, health coaching, I even dabbled  via online in some basic yoga and pilates. Some of these may apply to my hospital work, some may apply to my personal quest to live a healthy life, some, well, some may just be useful  in the future. But they are done. I think I’ve completed 30 hours.

Also, I have this feeling I’d finally be able to run a half marathon again. Yes, I have been training for it again, at age  53. I have no desire to compete with anyone, neither to compete with my previous personal records, which (ha ha ) are nothing to brag about. But something is different this time. Whereas in the past I had to squeeze in my running into my very heavy work schedule, today, I have lots of time due to less work hours. Whereas before I had to wait until sun up to park in a public park ( I didn’t trust my neighborhood’s roads), today I can run toward the beach no matter what time of day it is, yes, even in the dark. Whereas before I thought I was the healthiest bull around, today, I am dealing with diabetes.

I am at least 5 years older than the last time I ran a half marathon, and I ran more than 10 of them. This time I am more realistic  about it.  Running is simply a component of my total healthy lifestyle instead of being its driving force. Lately in my training, I am getting more conscious of proper form, sufficient resting, cross training, nutrition, hydration, supplementation, injury prevention more than competition. Did I say competition? Hah! I don’t think that will ever cross my mind again although, seriously, human nature can not refrain from trying to better the next person or the last personal time it took to run the same distance.

I am also in a different health  level now since I am certifiably diagnosed as diabetic type 2. On top of running what pace, what distance, what time of day, I also need to know my sugar before during and after, how to maintain a safe sugar level while running, what type of gadget to use to prevent hypo or hyperglycemia etcetera. So far I was able to do a long easy paced 11 miles last weekend and no side effects whatsoever was noted on my sugar levels though I am feeling a little knee discomfort now and then.

Which I felt and had recovered from in the past. Running more than 10 miles is no picnic for ordinary people like me. And as a PT there are a few things I should watch for when training: